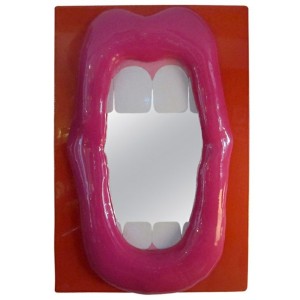 The oral-systemic connection is the link between your oral health and your overall health. For much of it’s acknowledged existence, it was believed that the greatest contribution of this discovery was being able to diagnose existing medical conditions by diagnosing particular oral conditions. However, while using oral health issues as tools for spotting deeper medical problems early on is still an important contribution of the discovery, it is now known that the oral-systemic connection goes even deeper than that. Doctors and dentists now know that a person’s overall health can be directly affected by their oral health, and vice versa.

The effect of bacteria from your gums on health:

If you have unhealthy gums, or if you let bacteria from the foods you eat sit too long, that bacteria can enter the saliva and from there attach itself to the water droplets that are in the air you breathe. When you breathe in those bacteria-laden droplets, they have the potential of aspirating into the lungs, potentially causing pulmonary infection and pneumonia. While neither of these conditions is good for anyone of any age, it’s especially troublesome for the elderly, who generally tend to suffer from weakened immune systems already.

Another danger to the lungs are the inflammatory mediators found in inflamed gums, called “Cytokines.” When cytokines enter your saliva, and if they enter your gums, they can have a pro-inflammatory response on your lungs, leading to further complications.

Effects of bacteria from periodontal disease on your overall health:

The bacteria found in periodontal disease can wreak havoc on the body if given the leeway to do so. If not treated, the bacteria from this gum disease can enter the body’s circulatory system through the gums and travel all throughout the body. As it travels, it could potentially cause a secondary infection or even contribute to the disease process where disease already exists.

Effects of inflammatory properties on your overall health:

The inflammatory properties associated with periodontal disease are fully capable of stimulating a similar response within the body. If this happens, those properties can contribute or even complicate other disease entities that also have an inflammatory origin, such as cardiovascular disease, kidney disease, diabetes or orthopedic implant failure.

For years, dentistry dealt strictly with oral health; however, as more and more research is being done, it’s coming to light that dentistry plays a much larger role in our health and our lives than we ever gave it credit for. Because of this, a new paradigm between dentistry and medicine is developing for the good of our patients. Many times, signs of deeper health issues first present themselves in the mouth. Because of this, dentists who are trained to diagnose oral and periodontal disease will play a much larger role in their patients’ overall health.

Subsequently, in the future doctors will review both medical and dental histories when examining a patient.

Eventually, physicians will include oral health screenings as part of their routine check ups. If they find anything out of the ordinary, they’ll refer that patient to a dentist for treatment.

As more information regarding the oral-systemic connection surfaces, the more the cooperation between dentists and physicians will grow.

This new era of dentist/physician collaboration will undoubtedly result in improved patient health as well as increased patient lifespan.

To see how you can benefit from a dentist who strongly believes in the oral-systemic connection, visit https://dentalpassions.com/oral-systemic-link/

If you need great general and family dental care, contact us today. Dr. Holevas and his talented staff will help you today.